Perfetti Van Melle (PVM) is launching its first ever gelatine-free range. The two new Fruittella fruity jelly variants are suitable for both vegans and vegetarians.

The jungle themed jellies sport the vegan approved stamp from the Vegan Society, contain all natural colours and flavours and are gluten free. Made with real fruit juice, Fruittella Koalas come in Lemon, Pineapple and Raspberry flavours, while the Fruittella Sour Snakes are Tropical, Lemon, Apple and Raspberry.

Diego Pol, Fruittella brand manager, said: “We know that there is a huge demand for vegan sweets, but often the taste and texture suffers when gelatine is removed. We’ve worked to make sure our new Fruittella jellies have the same great taste that people expect of any Fruittella product. The feedback from consumers has been second to none, with the taste and texture in the top 5% of all products we’ve ever tested.”

Fruittella Koalas and Fruittella Sour Snakes are available in standard 120g bags and exclusively in the convenience channel as £1 price marked 100g bags. The new launch is available initially from Morrisons, Ocado, Co-op and WH Smith, before being rolled out to additional retailers later in the year. 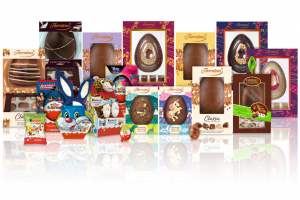