One of the core features for the next edition of Confectionery Production is set to focus on healthier ranges of confectionery hitting shelves around the world.

It’s fair to say there has been something of an explosion of new nutritionally-enhanced snacks and protein bars over the past year or two that have laid down a strong marker for what is possible within the sector.

With consumers demanding an ever-greater array of options for their food, including confectionery, manufacturers have been under pressure to come up with effective solutions for the sector.

One segment that has previously lagged behind somewhat is the chocolate market, which has seen product developers grapple with means of reducing sugar without losing the taste and flavour profiles achieved through traditional bar ranges.

Some observers have doubted whether trying to achieve this with indulgence products is a realistic goal, but to the credit of major companies including Nestle and Mars, reduced sugar alternatives to conventional bar ranges are now emerging.

This past week I enjoyed returning to see the Plamil Foods group in Kent, UK, which has proudly flown the flag for vegan products, and it is now enjoying success with its dairy free chocolate alternative So Free range.

The latest addition to the series is its no added sugar (containing less than 4% sugar) smooth bar product, and the results are very encouraging. While you are aware it’s not dairy, its sweet coconut and pleasant texture have demonstrated that creating ranges that are healthier is entirely possible.

It’s a trend that isn’t going to disappear in a hurry, especially with government pressure being applied on the subject through Public Health England, calling for a 20% cut in sugar within British confectionery by next year. 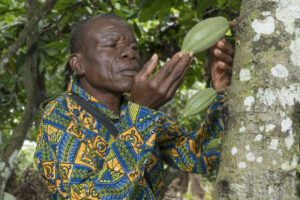