The continuing rise in popularity of confectionery perceived as offering a healthier option has led to a considerably expanded range of choice for consumers.

For its part, Plamil Foods, based in Kent, has become renowned for its diverse range of vegan-friendly offerings over the past few decades, which have been rebranded under the banner of its So Free series of bars.

As previously reported by Confectionery Production, the company has launched its latest bar developed with less than 4% (natural) sugars.

Speaking to Confectionery Production at the event, sales manager Julian Lucas said there had been “an excellent response” to the new variety, which was showcased on its event newcomer stand in Cologne.

Plamil, which is regarded as Europe’s oldest vegan company, creates and supply chocolate solutions for many other manufacturers, has created its low-sugar product as a centerpiece of its confectionery series

As the business explained, increasing consumer awareness of sugar reduction topics has often conflicted with the desire to enjoy confectionery ranges.

According to the company’s director Adrian Ling, consumers ‘have generally remained faithful to their indulgence moment with sugar based chocolate,’ while manufactures have grappled with reducing sugar in products to maintain brand values.

It’s a dilemma that Plamil believes it has responded positively to through its So Free range, which according to its developers, has been created with a strong emphasis on its taste and flavour profiles.

Managing director Adrian Ling says: “As a manufacturer that has been founded on sustainable and ethical concerns, nutrition is something that we have always been very aware of and was one of the company’s driving forces.

“While people may look at chocolate and think it’s not something that’s necessarily healthy, it’s something we first examined over a decade ago when one of our customers asked if we could produce a no sugar product and we then created a range of chocolates. That grew and the taste of it drives the sales, but in the last couple of years, it’s become very obvious that consumer perception is just as important as the taste. That’s something we have always recognised, that there is no point in actually producing a chocolate product that doesn’t actually taste nice,” added the MD, who said the company’s extensive research had show that its policy of pursuing high quality ingredients and a focus on delivering a satisfying taste has paid off.

Consequently, the business is now exporting to a wide range of customers throughout the UK, and far further afield in countries across Europe as well as in North America, with Canada registering particularly high demand.

Having spent several decades with the firm, Ling adds that he remains passionate about the company’s wider business ethics that his father Arthur, an original founder of the Plamil business was especially committed to.

Taking his lead as an inspiration, the company’s chocolate range has moved out of its traditional base of being stocked in specialist health food stores, to forging major deals with delivery businesses such as Ocado, which has opened up the brand to a far wider audience.

“If commercially we come up with ideas, and we can deliver healthy chocolate, we can contribute to the world, and if my legacy were to be that we have contributed to healthier lifestyles and a sustainable world and given them some enjoyment and fun along the way, then that’s something I am quite happy with.” 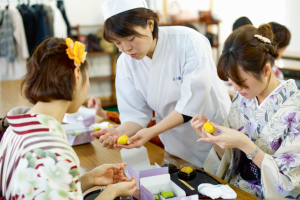